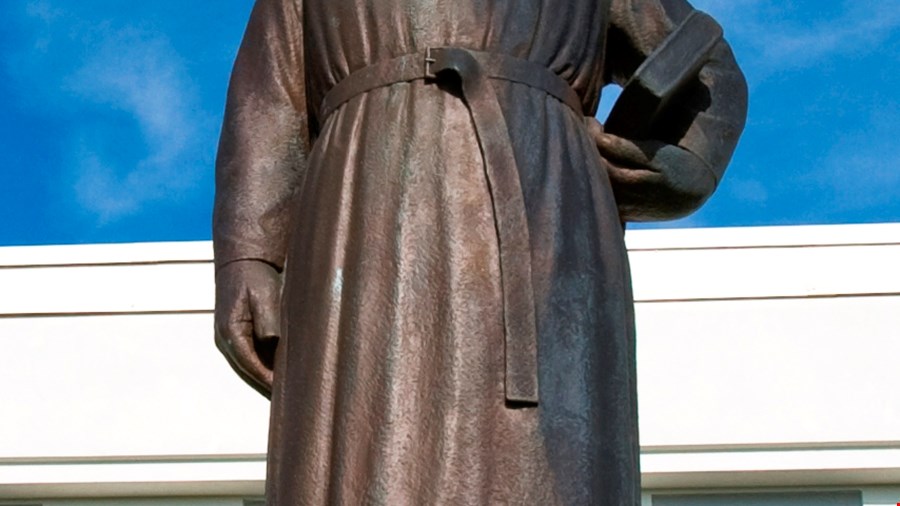 History of the agency

The idea for the establishment of Snorri’s collection was presented in a speech by Kristinn Stefánsson, principal of Héraðsskólinn (District school) in Reykholt, at the school’s inauguration on November 7th.

Numerous books are received by Snorri’s collection, most from Einar Hilsen, an American of Norwegian descent. Among the books were various editions of Snorri Sturluson’s works.

After the death of Tryggvi Þórhallsson, the former Prime Minister of Iceland, Jónas from Hrifla contributes to the purchase and disposition of his great library in Reykholt. Part of the museum was previously owned by Þórhallur Bjarnason, bishop, Tryggvi’s father.

In connection with the struggle to get the manuscripts home, Gylfi Þ. Gíslason, Minister of Education, and rev. Einar Guðnason, parish priest in Reykholt, the idea that an apartment would be built in Reykholt for visiting scholars.

The Reykholt congregation decides to build a new church in Reykholt. It has also been decided to aim for the construction of Snorrastofa. Garðar Halldórsson, the state carpenter, is commissioned to draw the houses.

Reykholt Parish is working on preparations for the construction of a new church and Snorrastofa in collaboration with the Ministry of Education and Ecclesiastical Affairs.

The Bishop of Iceland, Mr. Pétur Sigurgeirsson, takes the first step towards the construction of Snorrastofa and a new church. Construction begins.

The President of Iceland, Mrs. Vigdís Finnbogadóttir, lays the cornerstone for the church and Snorrastofa in the presence of Mr. Ólafur Hákonarson, King of Norway. On that occasion, he hands over the Norwegian national gift to Snorrastofa.

The dream of a special institution dedicated to Snorri becomes a reality when Snorrastofa is formally established with the signing of a charter.

The agency operates by signing an employment contract between the state and parties in the district for its operation. The Heimskringla tourism service is established in the connecting wing of the church and Snorrastofa.

Snorrastofa’s office is opened following the hiring of a director. For the time being, the institution is located at the north end of the old District School building (Héraðsskólinn).

Snorrastofa strengthened as a research institute. Mr. Björn Bjarnason, Minister of Education and Culture, presents the report of the committee, which made its proposal to establish research activities in Icelandic and European medieval studies in Reykholt.

Through Mál og menningar, Snorrastofa gets dr. Jakob Benediktsson’s book collection as a gift, a total of 6-7000 volumes.

Signed agreement with the Ministry of Culture on a change in the employment contract of Snorrastofa. The conclusions of the ministry’s committee on medieval studies in Reykholt are taken into account.

Snorrastofa’s premises opened in a solemn ceremony in the presence of a large crowd. Among the guests were the President of Iceland, Mr. Ólafur Ragnar Grímsson and the Norwegian royal couple, Haraldur V. and Sonja.

Dr. Jónas Kristjánsson, prev. director of the Árni Magnússon Institute in Iceland, is the first to stay in Snorrastofa’s research apartment.

The Idea of medieval studies in Reykholt

At a conference at the National Museum of Iceland on the 20nd of September 1996, the Minister of Culture, Björn Bjarnason, moved the idea of making Reykholt in Borgarfjörður a European cultural center where medieval studies and research on archeology would be practiced. With the latest information technology, it would be possible to strengthen the international connections of those who work there in their studies. It should be borne in mind that when these words fell, a decision had not yet been made on the future of the old school building, but it had become clear that schooling on the site had come to an end.

In April 1998 Úlfar Bragason director of the Sigurður Nordal Institute and one of the board members of Snorrastofa wrote an article for the Morgunblaðið where he endorsed the Minister’s idea and put forward various ideas for ways to achieve this. He believed i.a. that Snorrastofa could apply for European collaborative projects in the field of medieval studies in collaboration with the University of Iceland and the National Museum. Around the same time, representatives of the board of Snorrastofa talked to the Minister of Culture about the progress of the case and presented him with their ideas on how to organize research activities in the field of medieval studies in Reykholt. They suggested that a committee be appointed to work on the matter. This was done in July, as has been stated.
(From the report of the Ministry of Culture, Medieval Studies in Reykholt)

Progress since the autumn of 1998

Snorrastofa’s operations were in full swing in the autumn of 1998, when Bergur Þorgeirsson, M.A. in Icelandic literature from the University of Iceland, was appointed director of the institute. Since then, a number of projects have been carried out. A temporary office was opened at the north end of the old Héraðsskóli (Old District school) in Reykholt on the 14th of September, in addition to which a small library and seminar were placed. Initially, work was done on strategic planning and the launch of numerous projects, which have involved regular lectures by scholars, seminars, symposiums and exhibitions.

Since the end of November 1998, Snorrastofa, in collaboration with various parties, has been responsible for conducting several symposiums. Individual academic lectures have been given, symposiums and exhibitions have been set up and the institution has taken part in research projects. The first program was held on November 26th, 1998, when Viðar Hreinsson, a literary critic and lecturer at the University of Iceland, visited Reykholt and gave a talk on Literature in the Ashes. Reflections on the underdogs of ancient myths and biblical commoners. Lectures such as this are a regular part of Snorrastofa’s program and are entitled Lectures in the district.

Attendance at Snorrastofa’s assembles has been very good. Numerous groups that are directly or indirectly related to the research areas of the institute have visited it and received guidance about the area and introduction to the institute. Some of these groups have used Snorrastofa and Hótel Reykholt for meetings and courses.

The work of the committee Medieval Studies in Reykholt

The idea of Snorrastofa as a research institute has e.g. been formulated by a committee appointed by Björn Bjarnason, Minister of Culture, in the autumn of 1998. Its task was to discuss the future of medieval studies in Reykholt and make proposals on how the practice of these studies can be accommodated within the institution’s walls.

The committee was composed of Guðmundur Magnússon, who was nominated by the Minister of Culture and also chaired the committee, Helga Kress, nominated by the University of Iceland, and Bjarni Guðmundsson, chairman of the board of Snorrastofa. The committee submitted its conclusions at the beginning of February 1999 and they were then presented at a meeting held by Björn Bjarnason, Minister of Education, and Guðmundur Magnússon in Reykholt on the 24th of February the same year. Snorrastofa has worked in the spirit of the proposals formulated by the committee.

Jónas Kristjánsson, former director of Árnastofnun, played a major role in making Snorrastofa a reality. Here he is writing his book, Söguþjóðin, in Snorrastofa’s guest apartment in February 2011, which was published in 2012.

Francois-Xavier Dillmann is one of the guests who has often visited Snorrastofa and practiced his studies. In 2015 he came and while working on his translation of Ólafur’s saga the holy.