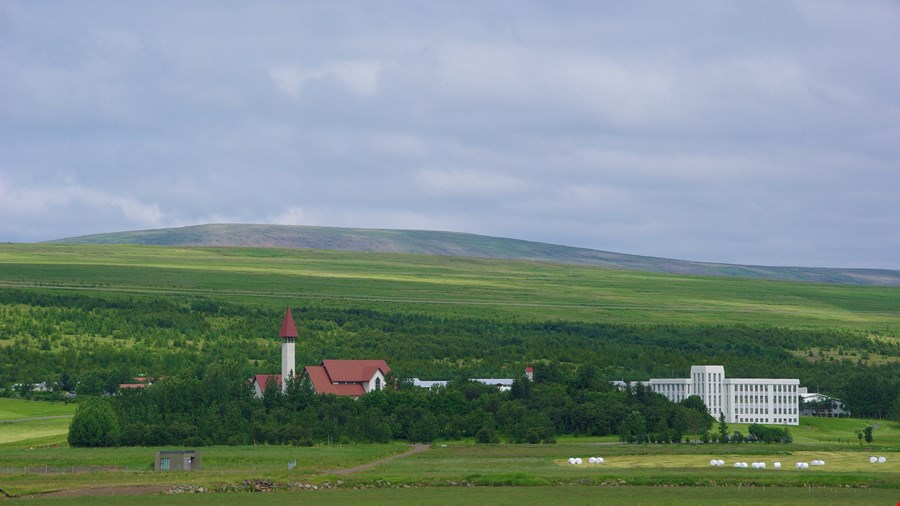 Guðmundur Bjarnason, representative of the Ministry of Education and Culture

Margrét Eggertsdóttir, representative of the Ministry of Education and Culture, nominated by the Árni Magnússon Institute for Icelandic studies

Snorrastofa in Reykholt is a private institution with a special board and operates on the basis of Act. no. 19/1988 on funds and institutions that operate according to a confirmed charter.

The home and venue are in Reykholt in Borgarfjörður. The Agency is responsible for its obligations with all its assets. It is not dependent on any other legal entity.

The founders submitted a capital contribution of ISK 500,000 on the institution, which shall be an inalienable principal and the interest shall be secured. The Treasury of Iceland provides a 40% initial contribution and others 15% each.

Snorrastofa in Reykholti is a museum about Snorri Sturluson and the history of Reykholt. The institute promotes research and provides information on Nordic history and literature related to Snorri Sturluson and Reykholt. The institute is also intended to present the history of Borgarfjörður region in particular. Snorrastofas operations in Reykholt take place in the eponymous building in Reykholt in Borgarfjörður according to a special agreement.

A library is operated in Snorrastofa in Reykholt. There will be a special collection of works related to Snorri Sturluson and in the field of medieval studies. It also provides general library services according to the Library Act, no. 150/2012, provided that this is agreed with the relevant municipalities.

Snorrastofa in Reykholt operates accommodation and work facilities for scholars and artists. Snorrastofa also operates an information service for tourists in Reykholt and organizes exhibitions and education about Snorri Sturluson and the history of the place and Icelandic culture.

The Board of Snorrastofa in Reykholt is composed of five members for four years at a time and the term of office shall be the same as the term of office of local councils. No member of the Board shall be responsible for the work of the Agency. Borgarbyggð appionts two representatives to the board, one of whom shall be nominated jointly by Skorradalur district and Hvalfjörður region.

The Minister of Education, Science and Culture appoints two representatives, one of whom shall be nominated by the Árni Magnússon Institute for Icelandic Studies. Deputies shall be appointed in the same manner. The board elects a vice-chairman and a sectretary from among its members.

The Board’s term of office begins on July 1st.

Scope of the board

The Board of Snorrastofa in Reykholt must work towards the goals of the institution. The board is responsible for the operation, finances and assets of the institution and acts on its behalf towards those who provide it with financial support. The Board decides on the main aspects of the policy and working arrangements and sets rules of procedure for itself and the agency.

The Board meets as often as necessary on the initiative of the chairman of the board. A board meeting shall be held if two of its board members require it. Board meetings shall be convened in a secure manner.

Board meetings are legitimate if a majority of the board attends a meeting. Important decisions may not, however, be taken without all the board members having discussed the matter, if at all possible. A member of the Board of Directors may not take part in the handling of an individual case if a matter for which a decision is pending concerns him or her personally.

The board of Snorrastofa in Reykholt hires a director, who is in charge of day-to-day opertaions and human resources, and the board sends him a letter of appointment. The director prepares the work and budget for the next operating year, which must be submitted to the board before the 1st of April each year. The director is involved in fundraising and accounting.

The income and assets of Snorrastofa in Reykholt can only be used for the purpose that is in line with the institution’s goals.

In order for the Agency to achieve its main purpose, the Board may, on behalf of the Agency, co-operate with other parties, incl. founding party and to become a party to a co-operation agreement ffor a longer or shorter period of time. The Board of Directors shall ratify all such agreements.

The accounts of Snorrastofa in Reykholt shall be audited by a certified public accountant, who is appointed by the board to a.m. two years at a time. Audited accounts shall be sent to the National Audit Office no later than June 30th each year for the previous year, together with a report on how the institution’s funds have been allocated in that year. Accounting is governed by Act. no. 19/1988 on funds and institutions that operate according to a confirmed charter.

Amendment of articles of association and dissolution

The confirmation of the district commissioner in Sauðárkrókur shall be sought on this charter. The charter will only be changed with the consent of all board members and they shall be approved by the district commissioner in Sauðárkrókur. Amendments to the charter will only be approved at a legally convened meeting of the Board, provided that a proposal to this effect has been presented in the notice of the metting.

The agency will be dissolved by a joint decision of the board. If the activities of Snorrastofa in Reykholt are stopped and the institute closed down, its assets shall be used to strengthen research on Icelandic studies.

With the entry into force of this new charter, the old charter for the private institution Snorrastofa in Reykholt, no. 535/1995.

Amendments to this charter were approved at a meeting of the board of Snorrastofa in Reykholt on the 16th of March 2013.

This Charter is hereby confirmed in accordance with the Act on Funds and Institutions Operating According to the Confirmed Charter, no. 19/1988.