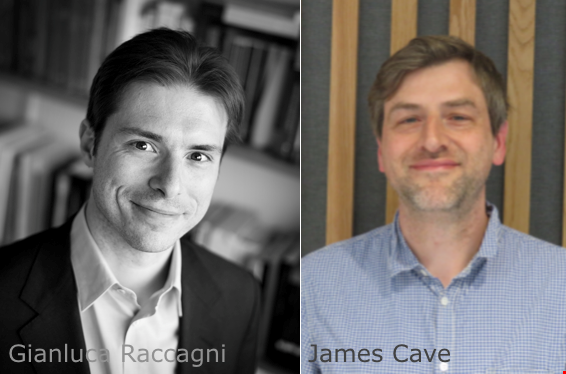 Fyrirlestur Raccagni hefur yfirskriftina „Snorri Sturluson, Harald Hardrada, and his Mediterranean Adventures on the Eve of the Crusades“ og fyrirlestur Cave: „'Saga Soundscapes': recreating the world of the sagas through sound, music and performance“.

This lecture illustrates preliminary thoughts on a forthcoming international collaborative project that aims to explore the Mediterranean on the eve of the crusades through the case study of an outsider, the Norwegian-born Harald Hardrada. Harald is mainly known for his death at the Battle of Stamford Bridge in 1066, which was a prelude to the conquest of England by William the Conqueror. Yet Harald spent his formative years in the Mediterranean in the 1030s, joining the famous Varangian Guard of Byzantium, and visiting most of that empire, from Anatolia to Holy Land, the Aegan, and Southern Italy. This project aims to bring that portion of his remarkable life to light, and the works by Snorri Sturluson are the main sources on it.

Dr James Cave is a composer, singer and researcher based in York. He combines practice-based research focussing on composition and performance with academic enquiries into historical cultural and organisational practices. His compositions have been performed across Europe and in the US and Canada, and have been released commercially. He has been a Composer in Residence at the Mahler and Lewitt Studios, Italy, and at the Banff Centre, Canada, and won 'Best Use of Sound' at ICAD 2017. He is Lecturer in Culture and Organisation at the School for Business and Society, University of York.